Why am I left-handed? I began asking this question intently in 2016, when I began attending the Type@Cooper type design program at the Cooper Union. Specifically, I was very interested in why calligraphy instruction tended to disregard the left-handed experience.

Attending the program, and making a concerted effort to practice calligraphy, made me acutely aware of the right-handed bias that is inherent to the process of letterforming. Seeing this bias, I had the idea to deconstruct the alphabet and to create forms oriented more comfortably toward left-handed movement using a broad-edged writing tool. This writing system I called “Sinistral Hand.” Drawing inspiration fromt other writing systems (such as Hebrew and Devanagari) where the direction of writing or angle of the pen mirrors the Latin alphabet, served as inspiration for how the ductus of a left-handed writing system could work.

In 2018, I published a booklet outlining these ideas, and a rudimentary alphabet showing the ductus for Sinistral Hand. Later that year, I taught a workshop in Salt Lake City, Utah, and drew a slightly modified Roman Capital alphabet for use by lefties.

No longer in print, I have made this booklet and handout from that workshop available for download for free. Please consider purchasing fonts or making a donation via PayPal: phaedra@undercase.xyz. 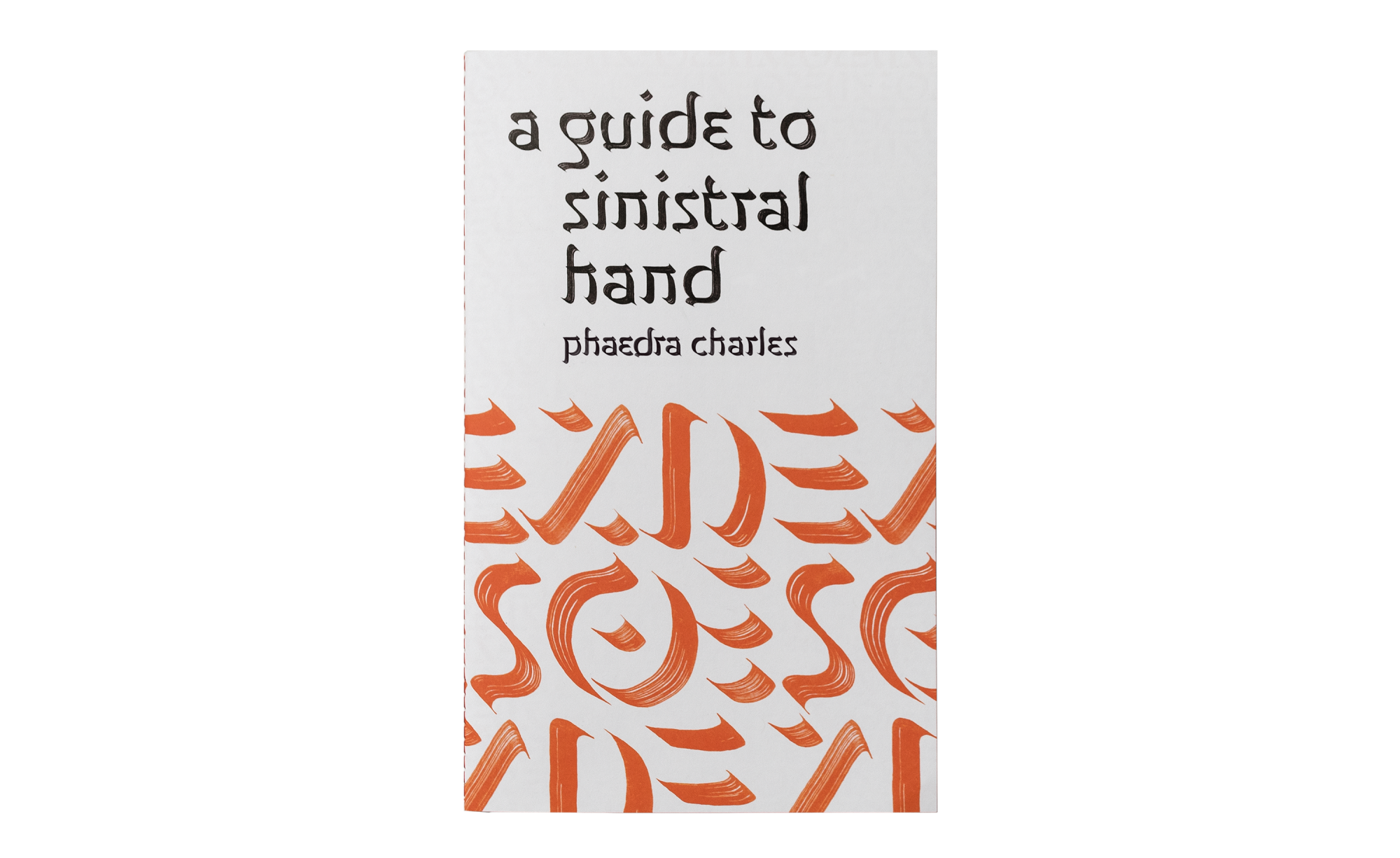 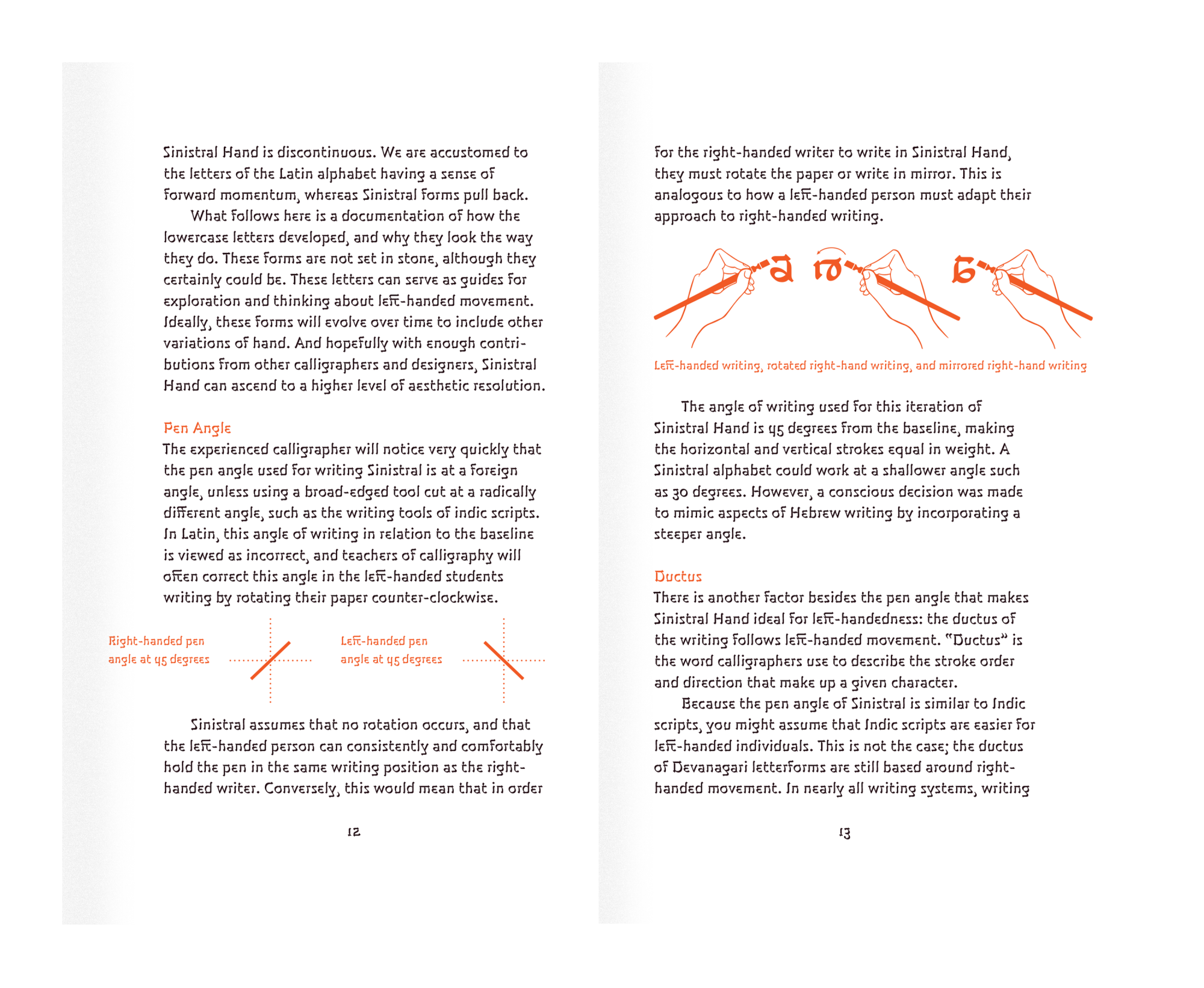 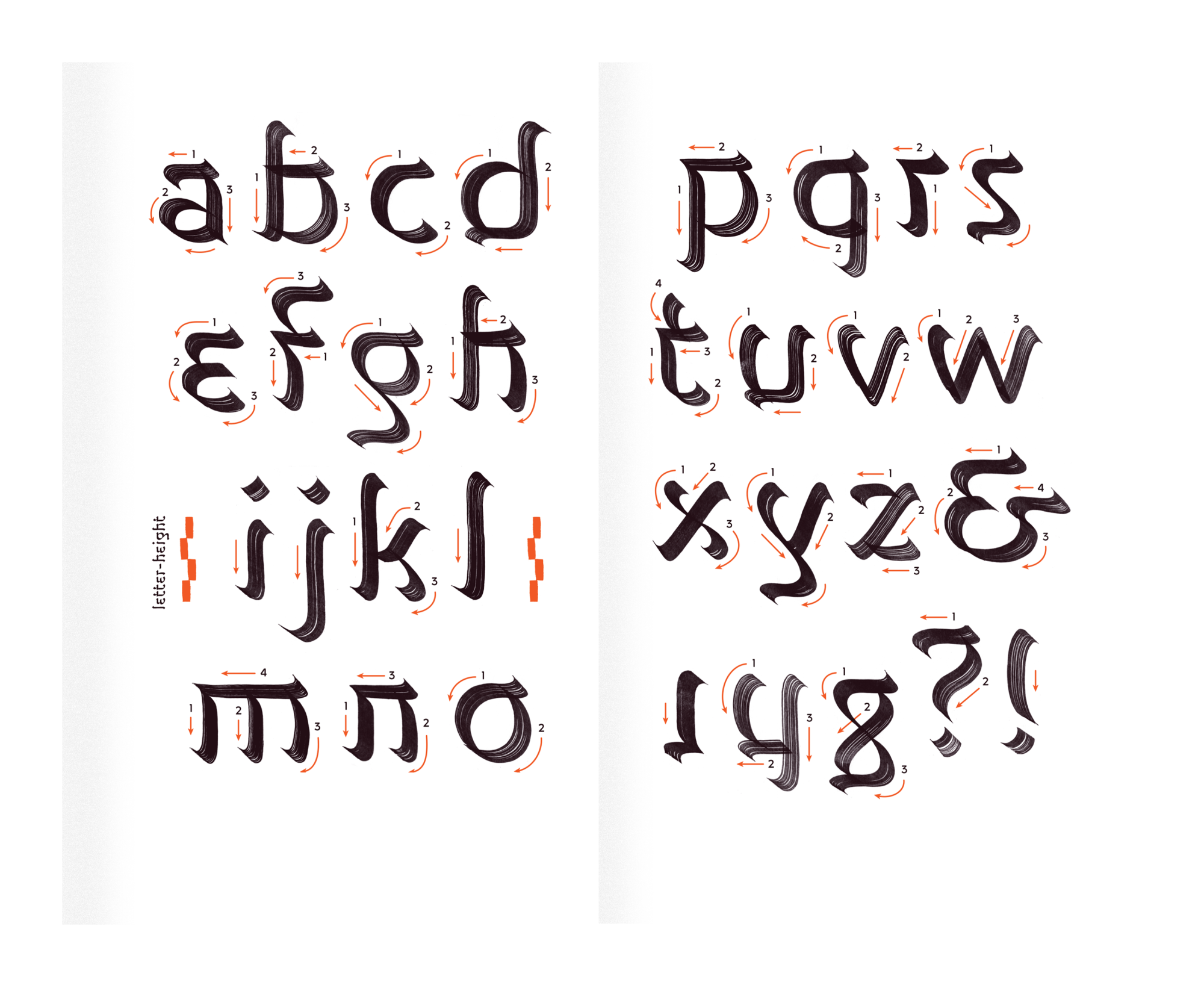 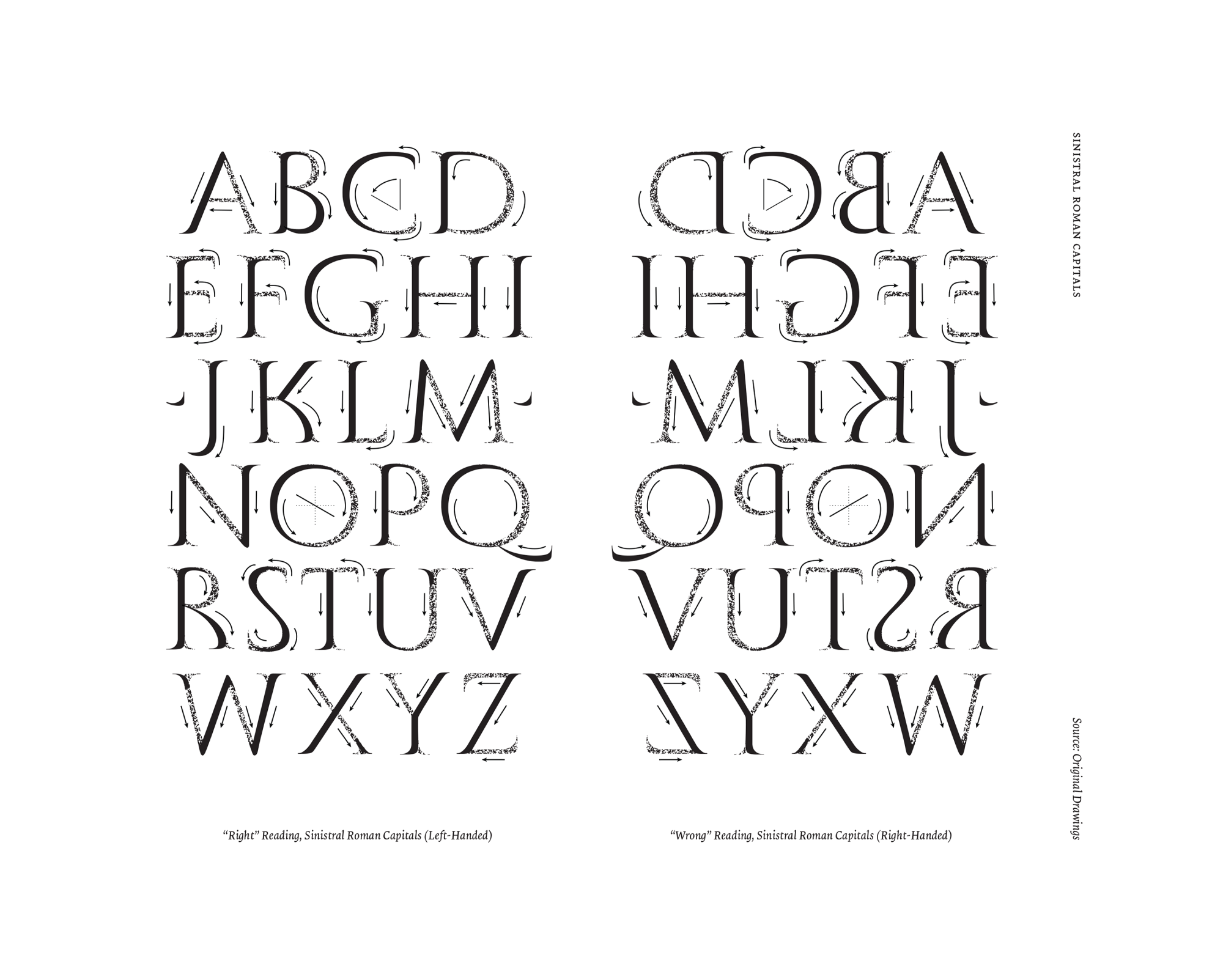 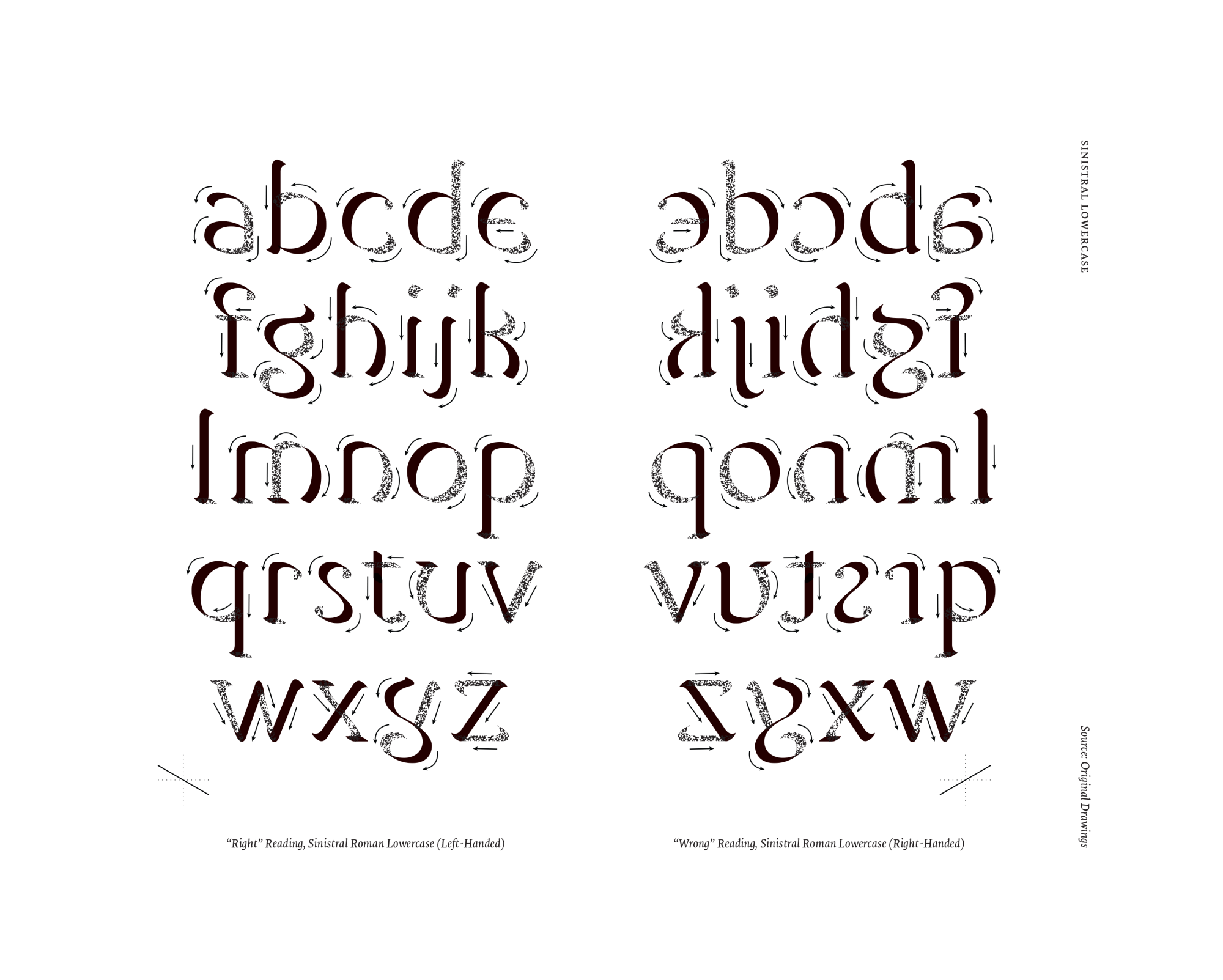